Here is a quick wrap up of the cloth diapering products I can't live without:

I have used Charlie's Soap to wash my cloth diapers since we began cloth diapering last January. I couldn't be happier with how it cleans our diapers and the rest of our laundry! Plus, the price is unbeatable - especially when you Subscribe & Save with Amazon.

Snappis are the ultimate solution to the pins that scare so many people away from cloth diapers.  These are so easy to use that after just a few diaper changes you feel like a pro.

Cloth diapers require special diapering creams when baby has a rash. My favorite is the Gro-Via Magic Stick. It smells great, glides on smoothly without you having to get your hands dirty, and lasts forever! Plus it clears up redness on baby very quickly.

I have two of these pail liners that get rotated every wash cycle. I love the elastic at the top that really works to give the liner a snug fit in your diaper pail. These have been laundered at least once a week since January, and they still look new!

Going out with your cloth diapered baby? You need a diaper tote to stash the dirties in after changes.  This tote comfortably fits 2 to 3 dirty diapers, blocks smell, and keeps your diaper bag dry. Plus you just throw them in the laundry with the dirty diapers - what could be easier!

I mix a squirt of Baby Castile Soap with water and little bit of baby oil to make my cloth diapering wipe solution. My toddler used to get horrible rashes from the soaps and strong scents in commercial wipes, but with gentle Dr. Bronner's, our baby's bums are happy.

I made my own set of cloth wipes out of flannel and terry cloth, and I love them! One wipe with a little bit of wipe solution does the job of 10 commercial wipes. We still keep some unscented wipes around to do touch-ups, but it takes so much longer to use up a package than it used to - I love saving money!

It has been a while since I posted about my works in progress.  This month there is a lot going on project wise!

First, off my needles:

A fun fair-isle letter hat, a mix of patterns, made for the husband. A few surprises... Christmas is coming! A sweater for me, not the one I promised myself a year ago, but a much better one - especially since it is seamless! This sweater is scheduled to be complete in time to wear it on our trip to the great white north, otherwise known as the state of Iowa! Us Texas knitters have to schedule special excursions up north in order to see our knits in action against the elements! This is the Leaflet pattern from Knitty that I mentioned before and I am loving it! Also in progress for the trip north are matching hats and mittens for the girls.  I am seriously in love with the Kimono colorway from Patons Classic Wool. Must buy more, you know, just in case they run out :) I am using the Back to Basics Hat pattern from Petite Purls.  The mittens are the Dorothy Mittens that I made Helen last winter. And then there is this: a sweater vest for my dear hubby.  Hopefully it will be ready for Christmas morning! It is the Peter Easy vest, a free pattern from Berroco. This is not a surprise - otherwise it really would never get finished! Call me crazy, but I am super-excited to be making the little ladies matching Christmas dresses! I purchased the Principessa Dress Pattern from Alligator Knits.  The pattern is perfect! I love that it can be both long and short sleeves, can be reused as a tunic when the child is older, and most of all, I LOVE that it is knit SEAMLESS! I will be happily ripping out the sweater mentioned above (I couldn't work on it any longer knowing that when the knitting was complete there would be a lot of seaming to do!) and use the lovely green yarn for the dresses. Learning to Love My Slow-Cooker

After two months at home with a new baby and a busy toddler, I have found that being at home all day doesn't necessarily make getting dinner on the table any easier.  One solution to this problem is a renewed effort to make use of my slow cooker.


Mornings are definitely the calmest hours at our house. The baby usually nurses and sleeps, and the toddler is much more capable of entertaining herself than she is during the "normal" dinner prep hours. So I have been using my slow cooker at least once or twice a week to make use of these quiet hours to prepare a hearty dinner.

The easiest so far has been taking out a bag of my frozen vegetable chili from Fix, Freeze, Feast

(thawed of course), and dumping it into the cooker. After simmering all day this chili is really tasty. Add some tortilla chips and shredded cheese and you are in business!

I also tried (and loved) a lamb stew that I found on AllRecipes called Rogan Josh. I substituted to lamb chops for the shank, left out the cardamon, and used fresh vegetables instead of canned. Served over brown rice it was really delicious.

The third slow cooker meal that has entered our rotation is Slow-Cooker Chicken Cacciatore from MyRecipes.
We really liked this recipe as well, the only thing I substituted was fresh sliced mushrooms for the canned called for in the recipe.  David said this recipe reminded him of traditional Mexican Mole. I thought it was just a bit too oily, so I think I will skin the chicken next time before cooking. We served it over whole wheat egg noodles, though David preferred his in a tortilla!

I am keeping a running list of Crock Pot recipes to try out on my Pinterest board - Please let me know if you have any great ones I should try!

As I said before in my post about Helen washing dishes, my little toddler loves to play in the water! As do almost all toddlers I expect. My challenge is to find ways for her to have water play fun that do not A. involve her shaking her sippy cup empty all over the house, B. involve her spilling my glasses of water when my back is turned, or C. anything involving misuse of the toilet!

This week we tried outdoor water play, and while we do not have a fancy "Water Play Table

" she had a perfectly happy time with a bucket of water and some miscellaneous outdoor toys and cups. It was nice to just put everything down in the grass and let her play while baby Clare and I sat nearby and watched. And the really nice thing about "Bucket Water Play" is that when the water is all gone (She had the most fun spilling the water on herself and the grass!), playtime is up. It has a nice natural end that doesn't involve mean mommy taking the fun water toy away. We will be doing this activity again! I saw over at PreKinders (a resource website for pre-K teachers) that pouring water from one container to another is an important fine motor skill for toddlers to practice. They have a whole list of other fine motor skill activities that we will have try out soon!
Posted by DFWKnitter at 12:15:00 PM 2 comments:

How you wash and care for cloth diapers can be a make or break situation.  And, finding the washing routine that works for you (and your diapers) is one of the keys to making cloth diapering successful for your family. My wash routine has been adjusted a few times over the past 10 months of cloth diapering, but I think I have finally settled into what works for me. I wash my diapers on the evening of every third day.  I like washing in the evening, because I can change my daughters into their night-time diapers and then wash everything without immediately dirtying new diapers (it's inevitable, but it makes me feel better!). There is a great chart of Diaper Safe (and not safe) Laundry Detergents over at the Diaper Jungle. We chose to use Charlie's Soap because of price (Amazon Subscribe and Save is awesome!), because it is available at one of our local stores, and because it works! We use it exclusively for all our laundry with great results. My wash routine is slightly different than the wash routine recommended for diapers by Charlie's Soap.

Extending the Life of Your Diapers

There are a few things you can do to ensure that your cloth diapers stay in good order for as long as possible.  In order to help my diapers last (hopefully through 2+ children) this is what I do:
So that is how I do it, and honestly how I do it won't necessarily work for everyone. Trial and error is a cloth diaperer's best friend! Good luck working out your own wash routine and happy diapering!

As always, there are many more links to cloth diapering information and my posts about cloth diapering on The Family Room page.
Posted by DFWKnitter at 1:05:00 PM 1 comment:

A new little baby will soon be born, and everyone knows that babies are born just so we can knit for them! The new mommy doesn't know I am making it, though now I guess the secret is out! I just had to share this fabulous sweater as soon as it was off my needles. . This pattern was excellent. A combination of simplicity and a hint of detail made it a quick and fun project to make and a beautiful project to give. I have once again made use of some of Aunt Tillie's buttons that perfectly compliment to strands of pink in this multi-yarn. The Jawoll Cotton Aktion sock yarn was beautiful to work with. I love the neutral browns, tans, and greys mixed with light pink and blue.  I am sure it was not intended to be used for babies, but something about it really screams "modern baby" to me. I will definitely be making another one of these - perhaps I will even have time to complete one for my own sweet model before it gets cold here in Texas. And Bronwen, I promise I will mail it quickly - I don't want to fall too much in love and keep it for myself :)

Email ThisBlogThis!Share to TwitterShare to FacebookShare to Pinterest
Newer Posts Older Posts Home
Subscribe to: Posts (Atom)
Please, do not reproduce any content from this site without my written permission. You can reach me directly at lonestar(dot)knits(at)yahoo(dot)com. Thank you.

DFWKnitter
Texas
Just a person who wants to catalogue and share attempts at creativity. 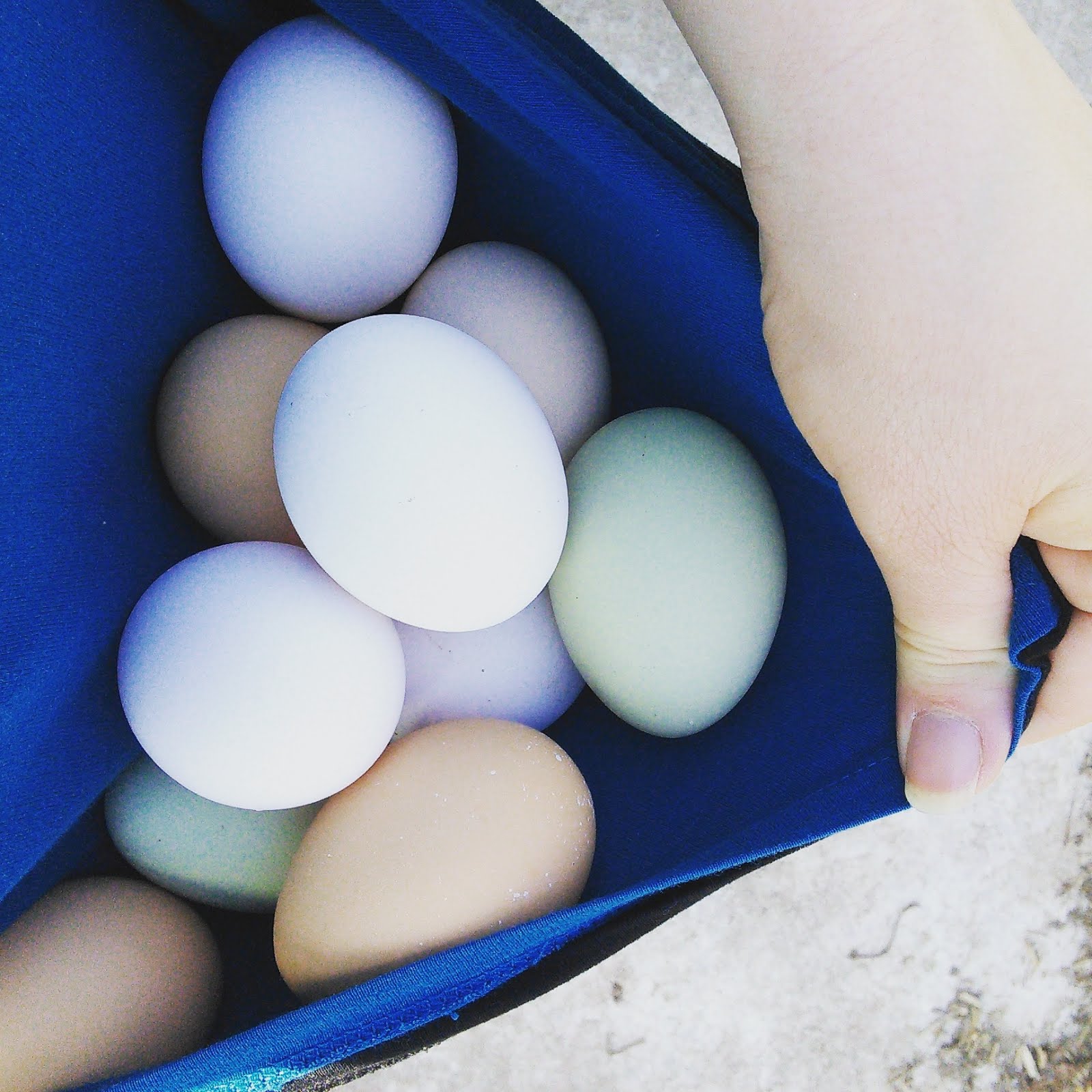 This website contains affiliate links. Making purchases through these links helps support the content and maintenance of this blog. Thank you! 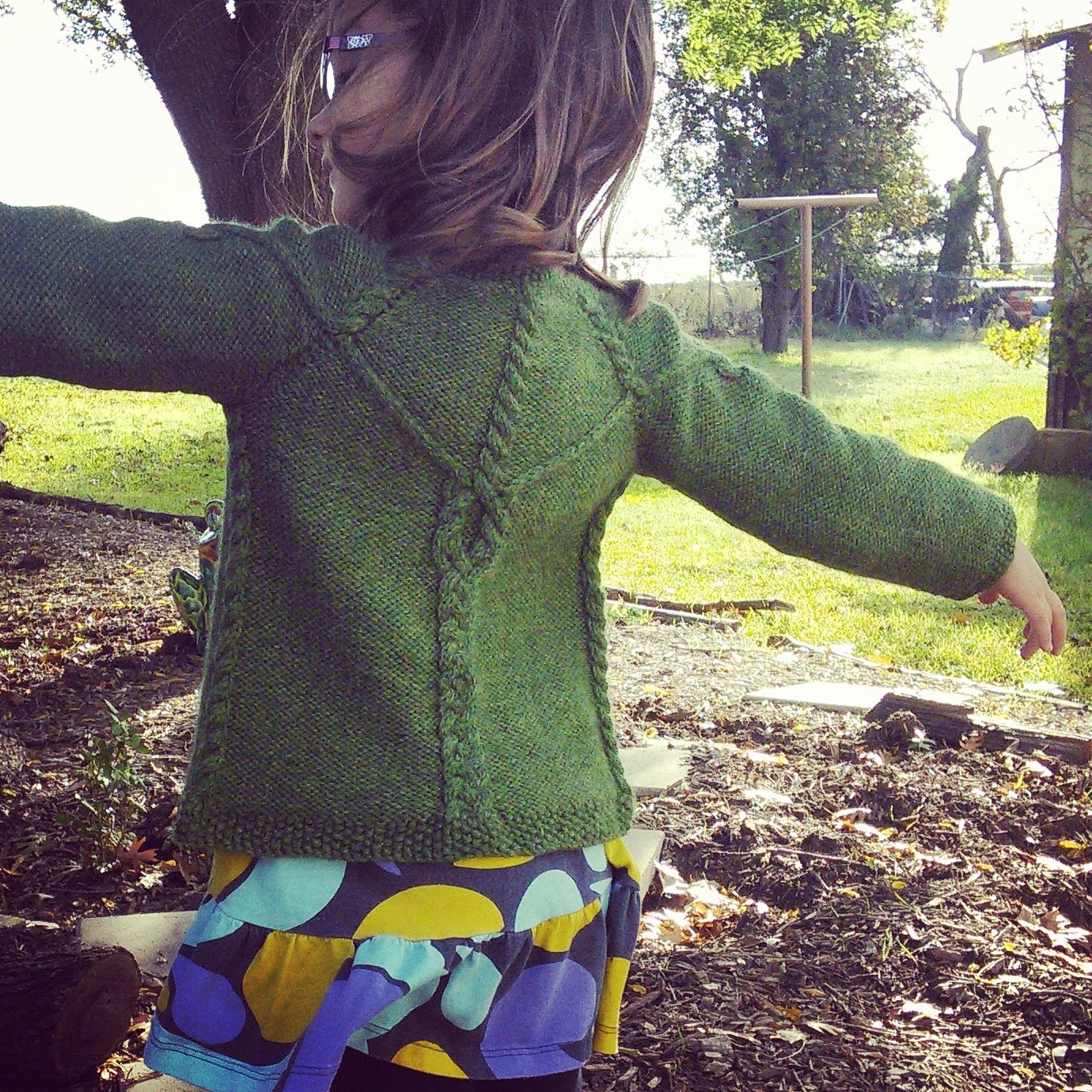